A founder recently told me he would have built his company differently in another fundraising market.

When I asked him what he meant, he replied because capital was so plentiful and accessible today, he hired more expensive people, spent more time developing a product, and invested with a longer time horizon before demonstrating evidence of success. 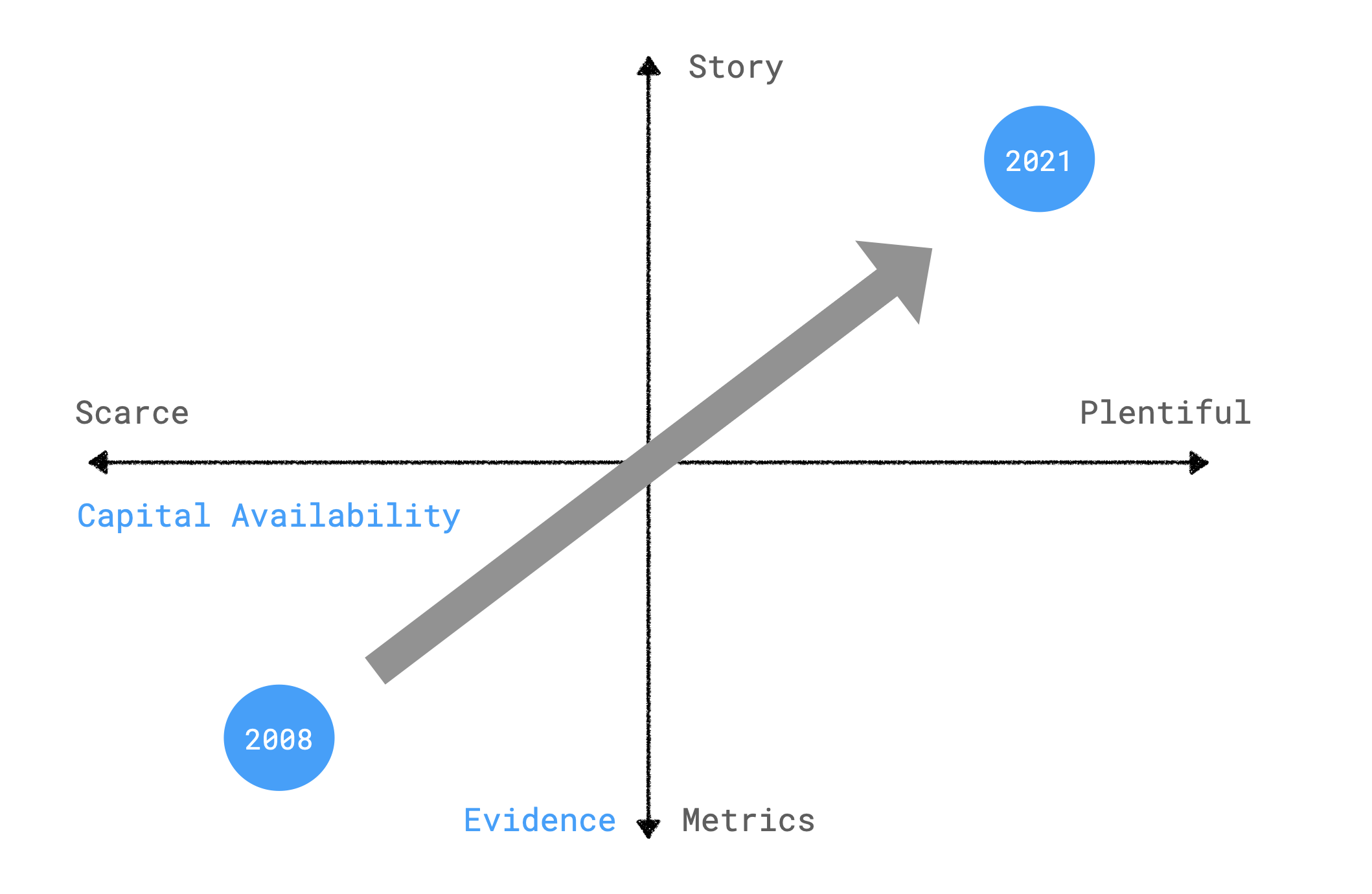 In my notebook, I sketched this 2×2. Capital availability on the x-axis and evidence on the y-axis to illustrate his point.

In 2008, tightfistedness dominated the market. Software startups would need at least $1m in ARR to raise capital to muster a small round. That meant getting to revenue as quickly as possible, or spending as little as possible to generate income. Those constraints imply different trade-offs.

More capital enables this by permitting faster hiring, quicker software development, and perhaps less efficient unit economics. (Charting sales efficiency by year of IPO would be revealing if this is the case: good idea for a future post.)

As the market finds its new normal, I’ve been wondering where on this 2x,2 the market will land, and if companies will need to redefine PMF in 2022 and 2023? Will businesses focus on shorter term milestones again in more capital efficient categories?

It depends on the depth of the potential recession and the impact to the capital markets. As an investor, I prefer faster growing companies: the time to IPO has lengthened to 12 years which can feel like eons.

Given how much investors prefer faster growth rates and the massive surge in venture fund size, I don’t expect the ramen and ping-pong days of 2008 to return anytime soon. But perhaps Series A ARR milestones will retrench somewhat, approaching $1m again, especially if the downturn takes its time to reverse.

Legl, a SaaS for law firm workflows, tops up with $18M – TechCrunch