Advertising used to be much simpler. If a company wanted to attract customers it could rent a billboard, run a magazine ad, or air a commercial. But today, businesses are relying increasingly on digital advertisements. Last year, 58% of the world’s media advertisement spending was digital. Companies’ advertising budgets are devoted to companies like The Trade Desk (NASDAQ:TTD) and Alphabet (NASDAQ:GOOG) that sell ads across the internet.

But how can a Trade Desk customer be sure their Dallas restaurant ad isn’t being shown in New York City? Enter: DoubleVerify (NYSE:DV), which reduces fraud and evaluates brand safety so companies can advertise more efficiently. DoubleVerify states: “For advertising to make an impact, ads must be seen, by a real person, in a brand safe environment, in the intended geography.” Its platform excels at achieving these goals.

Playing both sides of the fence

Unlike most digital advertisement companies, DoubleVerify works with both the demand and the supply side. If a clothing brand wanted to advertise online, it can enlist a company like The Trade Desk to buy ad space; this is the demand-side. On the supply side, a website sells advertising real estate. DoubleVerify assists the two parties in three ways: viewability, fraud, and brand safety. 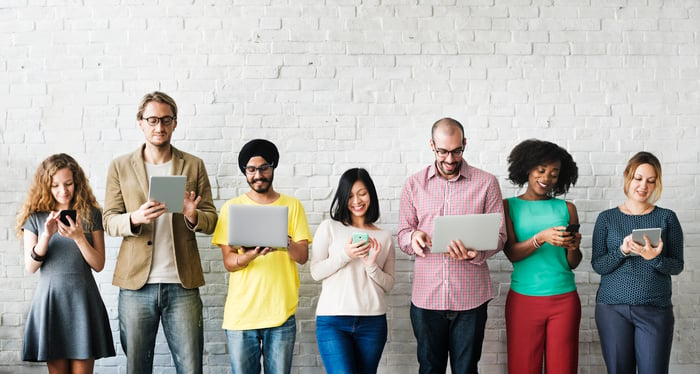 A consumer must view an ad to receive its content, but this sometimes doesn’t happen. In connected TV (CTV), DoubleVerify found 25% of ad impressions occur with the screen turned off. The demand side doesn’t get what it paid for and the supply side’s credibility decreases. DoubleVerify detects these instances and provides feedback improving both parties.

Earlier this year, DoubleVerify uncovered a fraud scheme called OctoBot and shut it down within 24 hours. OctoBot was creating fake apps and devices that ad space was being sold on. Two variations generated an estimated $1 million and $5 million per month in fraudulent revenue. Companies using DoubleVerify are protected from this activity. Being a DoubleVerify customer on the supply side gives instant credibility to buyers.

Brand safety ensures ads are associated with the right content. For example, a plant-based meat provider may not advertise on a hunting YouTube channel or a religious website might only sell ads for products that uphold their beliefs. DoubleVerify allows each side to track where their brands are displayed.

Plenty of ink has been spilled about the risk to ad companies posed by Google eliminating cookies for user privacy. Importantly, DoubleVerify is prepared, as its platform is not reliant on cookies or cross-site tracking.

Integrated and growing with the major players

DoubleVerify is integrated with the main players, including The Trade Desk, Google, Adobe, Amazon, Facebook, Twitter, and Snap. It just added TikTok which saw a 100% ad volume growth across all platforms during the second quarter. For CTV, volume increased 89% on platforms like Roku and Hulu.

DoubleVerify’s revenue is well diversified. No customer makes up more than 10% of sales and revenue is evenly distributed among its segments.

Competing against a nearly identical company

Competition comes from different directions for DoubleVerify. First, platforms that sell or buy ads can have their own tools that perform similar functions. This might cause potential customers to not use DoubleVerify if they only interact with one platform. However, companies often advertise or sell space through many providers. Because of that, DoubleVerify is necessary to analyze advertising campaigns across all platforms simultaneously.

Lastly, some companies offer solutions in a single segment of DoubleVerify’s market. One competitor, White Ops, prevents bot attacks that create false ad impressions. These competitors shouldn’t be ignored, but the impact they will have on DoubleVerify is minimal. Single solution providers do not solely focus on the ad market; customers who want an all-encompassing ad verification platform will select DoubleVerify or IAS to receive the best insight into their advertising campaigns.

Profitable and strongly positioned for the future 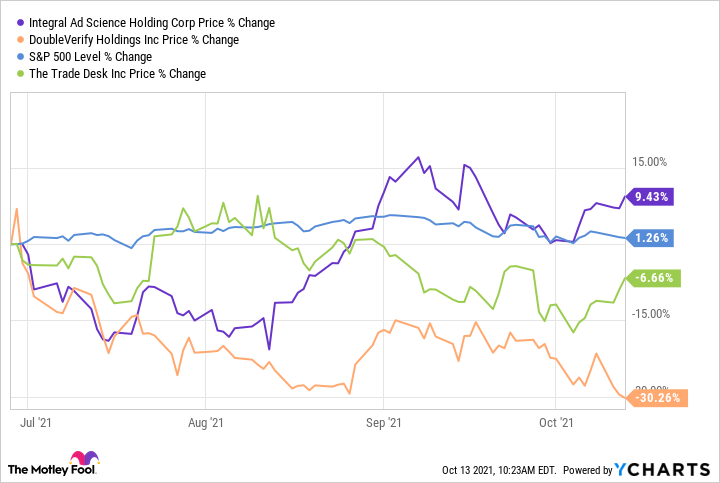 Valued at 13 and 70 times forward sales and earnings respectively, DoubleVerify isn’t cheap. However, it is more of a bargain than The Trade Desk which fields a 26 and 104 times forward sales and earnings multiples. Unfortunately, since going public DoubleVerify is down over 10%. Starting when IAS debuted, the stock is up nearly 20% where DoubleVerify is down 30%. The difference is simply valuation. With identical sales, adjusted EBITDA margins, and few quarterly calls to compare, the market is bidding up IAS (11 time forward sales) to match DoubleVerify’s valuation. After more information is learned about the management team and business through subsequent quarters, investors will have more information to make better valuation decisions.

Strong growth rates, impressive customer retention, and a rock-solid balance sheet will give DoubleVerify the opportunity to be an impressive stock market outperformer. With shares down more than 20%, growth investors with an appetite for risk may want to consider picking up shares at a discount.

This article represents the opinion of the writer, who may disagree with the “official” recommendation position of a Motley Fool premium advisory service. We’re motley! Questioning an investing thesis — even one of our own — helps us all think critically about investing and make decisions that help us become smarter, happier, and richer.


Read More:Here’s Why You Should Consider Buying This Under-the-Radar SaaS Stock | The Motley Fool