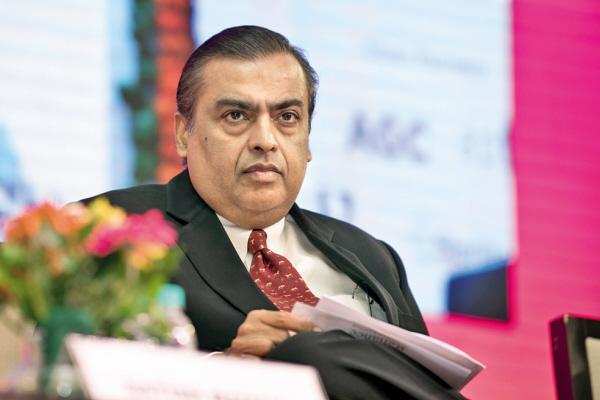 Jio, which entered the telecom market in September 2016, with its free voice calls and dirt-cheap data tariffs had created a disruption in the sector.

Jio became the largest player within 3 years of launch after dislodging the then-largest telecom operator Airtel from its top position. The subscriber addition spree has been going on since the launch which just got hit by Covid. Jio lost over 11 million subscribers in the second quarter ended September at 429.5 million users as low-end mobile users did not recharge owing to financial difficulties due to the pandemic.

But there is a silver lining. The average revenue per user (ARPU), a key performance parameter, for the telecom business grew sequentially to Rs 143.6 from Rs 138.4 in the previous quarter with improving subscriber mix and increased customer engagement levels. The net profit rose 23.5% on-year in the July-September quarter, driven by higher data and voice consumption.

In a hyper-competitive and low tariffs mobile market, the focus of the telecom players has been on improving the ARPU. There is a renewed focus on quality customers rather than quantity. Jio’s average wireless data consumption per user per month rose to 17.6 GB for the second quarter.

India has the highest mobile data consumption rate at about 11 to 12 GB per user a month in the world and the country is adding as much as 25 million new smartphone users every quarter making it a flourishing ground to launch digital initiatives. There are 1.18 billion mobile connections, 700 million Internet users, and 600 million smartphones, which are increasing 25 million per quarter, Ram Sewak Sharma, chief executive of the National Health Authority of India said.

Nokia has partnered with Bharti Airtel and Vodafone Idea in India to develop locally relevant use cases and test 5G technology following the trial spectrum allocated by the Department of Telecommunications early this year.

Following the relief package announced by the government, Vodafone Idea (Vi) has sprung into action. In back-to-back announcements, Vi made it clear that it will remain a formidable player in the sector. It has partnered with engineering and construction conglomerate Larsen & Toubro for a pilot project to test 5G-based smart city solutions, as part of its ongoing 5G trials. Both will test and validate 5G use cases based on Internet of Things (IoT) and Video Artificial Intelligence (AI) technologies leveraging L&T’s Smart City platform, Fusion, to address the challenges of urbanization, safety, and security.

Besides this, Vi partnered with Athonet, a private LTE and 5G solutions provider, to test 5G-based solutions for developing Industry 4.0 use cases.The partnership with Athonet includes the demonstration of enterprise use cases on 5G in several areas including smart construction, smart warehouse, smart agriculture, and smart workplace.

On Friday, Jio said it is exploring with global system integrators and SaaS providers to deliver 5G services. Jio 5G is a homegrown 5G stack for both radio (5G NR) and core network (5G CN) compliant to the latest standards. Jio 5G solutions have achieved single-user peak throughput of 1.5 Gbps in field trials

Lastly, Vi Business, the enterprise arm of Vodafone Idea (Vi) announced a partnership with Google Cloud India to offer Google Workspace collaboration solutions for Small and Medium Enterprises (SMEs) and startups with its Vi Business Plus plan starting from Rs 399 per month.

Airtel earlier this year had launched ‘Airtel Office Internet’ for small businesses, SOHOs, and tech startups in partnership with Google Cloud and Cisco, with base plans starting from Rs 999 bundled with add-on services such as Static IPs and parallel ringing.

Vi’s board has already approved availing the four-year spectrum payment moratorium being offered by the government as part of its relief package and the company is now focusing on offering new services to its customers.